Like royalty, Hublot watches connote undisputed authority, luxury and even societal status. These qualities are not up for debate on here.  As a matter of fact everyone (or at least almost everyone) knows Hublot watches are like the Bugatti’s of the wristwatch world.

However, there are a few things that not many people know. Like what makes Hublot watches worth all the hype? Why are they so expensive? Where do they come from?

In the following paragraphs, I highlight some of the major things that set Hublot watches apart from others.

Hublot was founded by Carlo Crocco who he left the Italian wristwatch company Binda Group in 1976 and set out on his own.

He created the first natural rubber strapped watch in the history of watch making. This strap was the result of three years of research. You might think that that is a lot of research for something as meager as a strap right? Well, you know what they say, Rome wasn’t built in a day. The watch he created failed to attract a single buyer on its debut date in 1980 at the Basel watch fair. However, by the end of the first year it had recorded sales in excess of $2m.

Hublot watches operate on a unique mechanism, or in watch terms, a unique “movement”. Unlike most brands, Hublot designed and developed a unique movement known as the” Unico Movement” which was first announced in 2008 and later unveiled in 2010.

Hublot Manufacture has an entire department dedicated to the testing and assembly of the Unico Movement. The thorough assembly of each watch pushed watchmakers to work on several movements simultaneously and in phases.

In addition, Hublot created their own special alloy made from gold and ceramic. The alloy, which is widely known by the name of “Magic Gold” is scratch resistant and it retains the best properties of both the gold and the ceramic. Magic gold is exclusively produced under Hublot Manufacture and is the forerunner of a new era of alloys of precious metal.

Today Hublot sponsors huge sporting events such as football championships, football clubs, racing events  to mention but a few.  All these brand affiliations have helped to place Hublot in the exact light that it needs to be seen in by the discerning luxury consumer ( or by royalty, if I do say so myself). However, Hublot’s steady accent is attributed to the acclaimed – Jean-Claude Biver. Jean became CEO of the company in 2004, having built a reputation for turning watch businesses around, he soon lived up to it. He created the famous “Big Bang Chronograph” in 2005 which went on to win several awards. By the end of 2006 Jean had built a brand that recorded sales in excess of 100 million Swiss francs.

There you have it . Hublot isn’t royalty for no reason.. painstaking work has been put into building this brand and it has paid off. I mean selling a watch for $5m counts as paid off right? 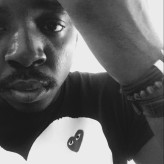 Tired of Fashion Trends? Break Them in Style

Top 10 Luxury Men’s Watches You Must Own

How to Spot Fake Hublot Watches