Gucci products are renowned for timeless designs and were cherished by iconic movie stars and figures of elegance, especially in the Jet Set era.

Jackie Kennedy carried the Gucci shoulder bag, which is known today as the Jackie O and is still a best seller of the house of couture.

Liz Taylor and Samuel Beckett sported the unstructured unisex Hobo Bag that has been reinterpreted by many others designers.

This was also the time for the Horsebit hardware and the Moccasin that are now part of the permanent collection at the Costume Institute in the Metropolitan Museum of Art in New York.

As if the above wasn’t enough for the Italian designer to conquer the world of luxury, Gucci went on to create the Flora collection in 1966 in homage to Grace Kelly.  It has since then become its most distinctive pattern.

The Flora pattern was drawn by Vottorio Accornero, textile designer for the House of Gucci between 1960 and 1981. It included 37 colors on a white background which highlighted flowers, berries and insects.

For the last 40 years, as Gucci focused more and more on their Equestrian theme, the Flora print began to slowly dwindle.

That changed thanks to the efforts of Frida Giannini. She took over the reins in 2004 and decided to revive the print.  She introduced an entire line of bags with the Flora Print in 2005.

For Resort Spring 2013 collection, Frida created a fashion buzz by introducing not only bags, but also an entire men’s collection with the Flora Print.

There is no doubt that the Flora has now become a timeless signature print for Gucci. It is also reminiscent of freshness and Summer for both men and women.

As The Luxury Closet always strives to find the most exclusive pieces for our clients, we invite you to check out our Flora handbags collection: 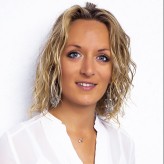 Elisabeth is an island explorer, a shopaholic devoted to all brands and a watersport addict. She’s passionate about luxury and loves unearthing the story and inspiration that comes with every brand or collection. French accent and cooking are her star elements.