A unique and cherished brand in the watch industry, Omega has captured the hearts of many watch lovers since it came into existence in 1848. The timelessness of this watch brand and the incredibly stunning design has made it a luxury for people around the globe.

If you’re a watch enthusiast, you probably know that Omega men and women’s watches are among the best in the world. From James Bond to the Olympics, Omega has never failed to amaze with their collections and the ability to create unique watches every time.

Louis Brandt was 23 years old when he founded Comptoir d´établissage Louis Brandt in 1848, a company that would soon become Omega. Based in La Chaux-de-Fonds, Switzerland, this company was eventually changed to Louis Brandt & Fils when his sons, Louis-Paul and César, joined him in 1877.

The company found its success in 1894 when they produced a new movement that ensured timekeeping accuracy and ease of repair. This watch movement was known as Omega calibre. The movement gained so much popularity that in 1903 the company name was eventually changed to Louis Brandt & Frére – Omega Watch Co., marking the birth of one of the most luxurious watch brands known to mankind.

Here are 6 iconic watches that play a role in Omega’s  history:

Launched in September 1892 by Louis Brandt & Frère, the minute-repeater wristwatch was the first of its kind in the world. Brandt, the founder of Omega, chose Audemars Piguet to alter a 13-ligne Lépine ébauche. Audemars purchased this from LeCoultre & Cie, an ebauche maker. These watches’ mechanism triggers by a slide at 3 o’clock, which is one of their most distinctive features. This wrist watch also resembles a pocket watch. A French phrase “Excluded from the competition” was engraved on the dust cover of this wristwatch. This indicates that this watch was displayed at the World’s Fair in Chicago in 1893 but did not take part in the competition.

The very first wristwatches with the name Omega were introduced in the year 1990. British officers used these wrist watches during South Africa’s Boer War. This timeless brand was one of the first watch companies that started a production of serial wrist watches. In 1904, a watchmakers’ magazine published the testimony of an Artillery officer with the British Army in the form of an Omega advertisement. This testimony stated that the officer’s Omega wristwatch performance was unmatched in the terrible cold, heat, rain, and sandstorms. A lieutenant colonel said that this wristwatch is a crucial campaign element. These watches remained available in two versions – right-crowned watches that were meant to be worn on the left wrist and left-crowned watches meant to be worn on the right wrist. These wristwatches were functioned with a Lépine 12-ligne Caliber HN B.

Omega director of Sales, Adolphe Vallat, requested Bannwart to create a waterproof and robust wristwatch to celebrate Omega ‘s 100th anniversary. As Bannwart felt he wasn’t given a substantial amount of time to design this watch, he gave one of his own case designs to Vallat. Surprisingly, Vallant loved the design. Thus, began the Seamaster clan. The Seamaster is one of the most famous watches from Omega. Ranging from modern diving tools and vintage inspired re-editions to vintage 1970s chronographs, it combined all innovations into a single product. The Seamaster initially saw its origins in Britain’s Royal Air Force supplied watches.

The term “Constellation” was used by Omega in the year 1952 to signify its formally certified wrist chronometers. This model functioned with the use of Caliber 28.10 RA SC PC RG AM. This first emerged in the year 1945. One of the reasons Omega produced the Constellation in large numbers is because of its sturdiness, reliability, and precision. This stunning watch featured central seconds’ hands that were indirectly propelled. Its 28.1-mm-diameter movement was accepted after the authorized chronometer tests.

Used by the NASA for the Apollo program, the Omega Speedmaster is now known as the most famed chronograph. It was announced in the year 1957, but the story began in the year 1943. The chronograph, Caliber 27 CHRO C12, was developed by Albert Piguet in 1946 after it was conceptualized by Jacques Reymond. Omega later shortened the long name of the Omega Speedmaster (Caliber 27 CHRO C12) as “321”. The outstanding features of the watch were a water-resistant case, black dial, screwed back and domed Plexiglas crystal, luminous hands, and a tachymeter scale. While the original Speedmaster had a 39mm diameter, the 40-mm version also appeared in 1960. The Speedmaster remains one of the most important timepieces in the Omega collection. Some of the legendary watches in this collection are the Speedmaster Mark II and the classical Professional Moonwatch.

Unveiled as a distinct line in 1967, the Omega De Ville was a collection within the Seamaster. However, this new watch was far more colourful, simpler, and younger than the Seamaster. It’s rather varied designed made it Omega’s most popular collection. The De Ville collection was created in Geneva, and not at Omega’s headquarters that was in Bienne. The purpose of this watch was to represent something new – an urban elegance. When looked at closely, designers found that the collection consisted of rectangular models. These models had a hand-wound ultra-slim Caliber 620. This collection went on to win 6 “Golden Roses” and the Grand Prix Triomphe de l’Excellence Européenne.

Omega watches aren’t just a legacy that has been around for decades; it’s a way of life because of the dedication put in by various designers. The combinations of all its factors creates the perfect timepiece and milestone designs in men’s accessories and that has made it the brand what it is today. 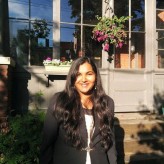 A life-long learner is what defines Swati! A teacher at heart, workaholic by nature and gymaholic by action. She wants to be a Suzy Menkes someday and aspires to have her own fashion courses online. A stern believer in the concept of sustainability, she can upcycle a potential landfill object into a useful one!

How to Protect Your Christian Louboutins

5 Gorgeous Pieces of Jewellery Every Woman Must Have

The Horological Hero of Space—Omega Speedmaster