Hero Shot, Bag of the week, Trends
2 months ago
by Swati Rout
0

One of the most valued brands in the luxury scenario, Louis Vuitton has managed to retain its supremacy since 1854. Although initially, the brand was popularized for its repertoire in travel accessories, it soon diversified to claim its expertise in other spheres. The elegance of Louis Vuitton has endured through the ages due to its devotion to exceptional quality and innovative imagination.

Like every other accessory, the handbags from the House are articulately created by skillful craftsmen with distinguished features and timeless charm. Spotted on celebrities like Madonna, Rihanna, Audrey Hepburn, etc., the iconic LV Monogram canvas has garnered an ardent fan following for its indestructible character and finesse. From classics like Speedy and Neverfull to newer releases like the Onthego tote and Boite Chapeau Souple, Louis Vuitton handbags easily become one’s favorite style companion in no time. Hence, it is no wonder that we chose the notable Louis Vuitton Multi Pochette Accessoires as our pick for this week. First released in 1992, the Louis Vuitton Pochette Accessoires embodies the perfect amalgamation of minimal aesthetics and a practical silhouette. It is reported that this vintage accessory holds 143% as its average retention value, thus making it a fine addition to your list of assets. Pochette in French denotes ‘pouch,’ and this is what the style essentially consists of — a rectangular pouch held by a removable shoulder strap. Initially, the bag was available in signature Monogram canvas. Later on, it was revisited in Damier Azur, Damier Ebene, Empreinte leather, and many more. Some of its celebrated editions are from the collaborative collections by Takashi Murakami, Stephen Sprouse, and Urs Fischer.

The archival revival of LV bags is highly regarded, and 27 years later, Pochette Accessoires also received a utilitarian upgradation in the form of the Multi Pochette Accessoire. Shortly after its release in 2019, it started dominating the wardrobe of fashion connoisseurs. It is a hybrid crossbody bag that combines the classics of Louis Vuitton and portrays the precise craftsmanship of the Maison. A major hit in the streetwear style scene, the versatility of the bag enables it to be fashioned in more than one way.

We have picked this Multi Pochette Accessoires in Monogram canvas to help you get familiar with the style. Keeping up with the evolving time, it is a customizable bag for today’s busy woman who is always on the move. The prominent Pochette Accessoires bag gets a contemporary makeover with the addition of a smaller version of the pouch and a rounded coin purse. The two separate pouches can be worn together or separately, making it a multi-functional bag for a casual outing to a dinner party and beyond. To champion a sporty look, it can be conveniently carried around with a utility strap featuring the Louis Vuitton ‘Malletier’ signature, and for elegant affairs, it is held by a delicate chain link. The signature Monogram canvas decorates the exterior, and its hardware is glamorized in gold tone. Capaciously sized for your valuables, this bag will fit your monetary essentials, passport, and other varied items.

The Multi Pochette Accessoires joins a very long list of popular Louis Vuitton handbags. Discover this masterpiece and many other designer purses at great prices at The Luxury Closet.  Shop Louis Vuitton online! 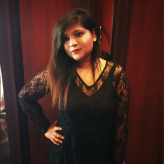 Swati views the world through the lens of art. Music and literature fascinate her creative side, while politics interests her practical side. Motivated by her favorite quote, 'the pen is mightier than the sword,' she hopes to pen down unforgettable words.

When is the Best Time to Buy Yourself a Luxury Handbag?